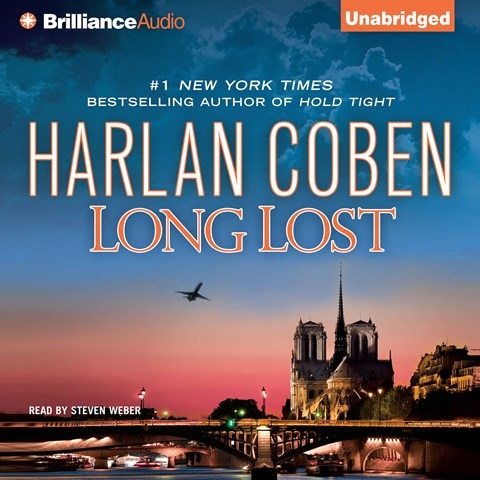 Hold on to your headphones! Harlan Coben's ninth Myron Bolitar adventure is a genuine edge-of-your-seat thriller. Myron answers a call for help from his ex-ladylove, Terese, and becomes entangled with terrorists, Interpol, Mossad, and Homeland Security. Myron knows he can depend on his good pal Win but can't be sure which group wants him dead. The plot zigzags from a fertility clinic to a black-ops prison to an ultraconservative anti-choice home for unwed mothers, and the bodies pile up. Steven Weber keeps things intense, from knock-down, drag-out encounters with killers to the hot-and-heavy rekindling of Terese and Myron's romance. When Myron is kidnapped and tortured, Weber's convincing pain will leave listeners gasping for breath. Myron's latest encounter with evil and Weber's terrific performance make this required listening. S.J.H. Winner of AudioFile Earphones Award © AudioFile 2009, Portland, Maine [Published: MARCH 2009]