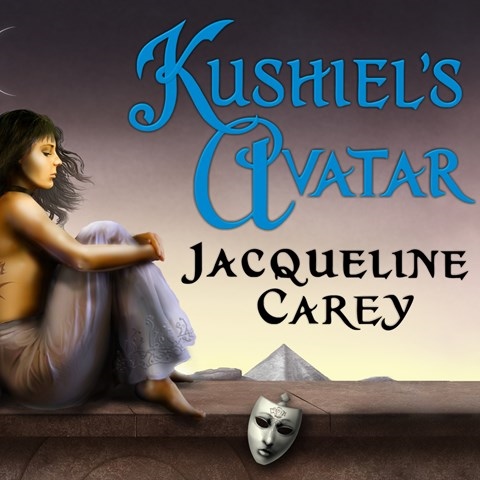 In Carey’s version of a Renaissance world, the inhabitants are the descendants of angels. Ten years after the second installment in the trilogy KUSHIEL’S CHOSEN, Phedre seeks to release her friend Hyacinthe from a curse. In exchange for the knowledge to free her friend, she agrees to find the queen’s kidnapped son. This quest takes Phedre on an adventure through a most fascinating world. The grace of Anne Flosnik's English-accented narration pairs well with the author's prose, and the combination is lyrical. Flosnik's smooth, silky vocals are calming. Her careful enunciation of each syllable of the story-specific vocabulary and her minute pauses between word pairs are perfectly timed. As Flosnik beautifully conveys the elegance of this fantasy world, her sensual delivery is captivating. A.L.B. © AudioFile 2010, Portland, Maine [Published: JANUARY 2010]