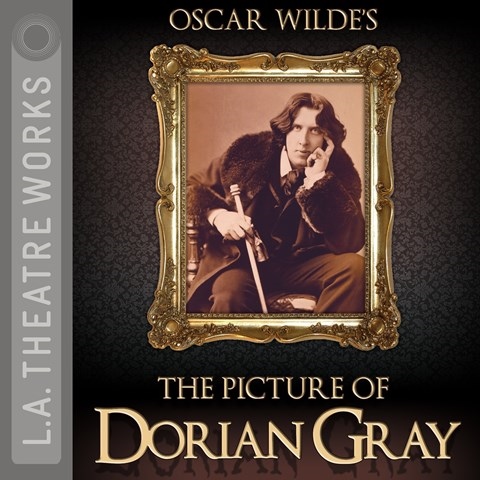 THE PICTURE OF DORIAN GRAY

L.A. Theatre Works' new production brings the drama from Oscar Wilde's famous novel onto the stage. After sitting for a portrait, Dorian Gray, a young man of extraordinary beauty, becomes hopelessly self-absorbed. His vanity leads him to a life of hedonism and to his ultimate demise. Based on the theatrical adaptation by Paul Edwards, this interpretation unleashes all the dramatic tension of the story without ignoring the necessary plot points. Steve Juergens gives a convincing performance as the haughty Gray. He speaks with clear emotion and masterfully conveys all the cruelty and conceit of the infamous protagonist. The supporting cast bolsters the production with a range of narrative and character roles. This audiobook transports the reader into the front row of the theater. D.M.W. © AudioFile 2009, Portland, Maine [Published: JULY 2009]