Home»Reviews»THE SWEETNESS AT THE BOTTOM OF THE PIE 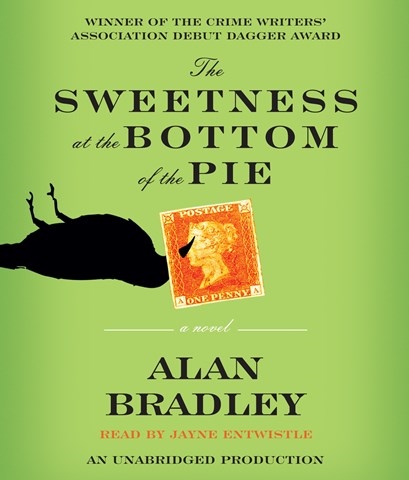 THE SWEETNESS AT THE BOTTOM OF THE PIE

Jayne Entwistle exuberantly portrays 11-year-old Flavia de Luce, the precocious daughter of an English widower in the 1950s. Entwistle depicts Flavia’s willingness to plunge into the mystery that develops when a curious dead bird, a threatening stranger, and a dead body lead to her father's arrest for murder. Flavia says it’s “the most interesting thing that has ever happened to me in my entire life." As Entwistle's involving narration lets listeners' ears linger on the details of time and place, her secondary characters effectively convey class. Sparring with her older sisters, quoting literary sources, and exhibiting equal parts scientific and historical curiosity, Flavia makes for an adventuresome young crimesolver. S.W. © AudioFile 2009, Portland, Maine [Published: JUNE 2009]