Home»Reviews»THE DEAD IN THEIR VAULTED ARCHES 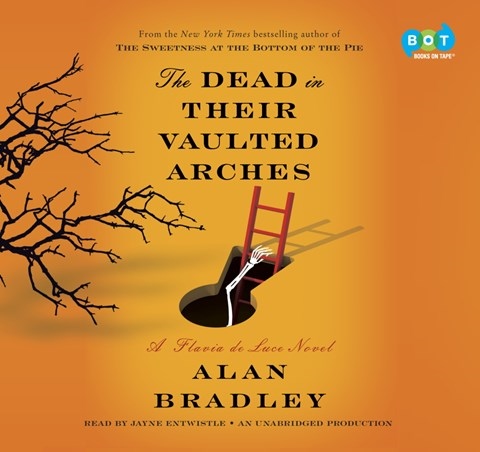 Flavia de Luce, irresistibly rendered once again by narrator Jayne Entwistle, is an 11-year-old wannabe detective who has a fully functional chemistry lab and a somewhat less functional family. This book, the sixth in a series, is sweet, funny, and sad. The body of Flavia’s long missing mother is returned home, and, yes, there is a murder. Entwistle’s posh accent reflects the family’s more fortunate past, and she manages to capture both the child that Flavia mostly is as well as her slowly emerging maturity. Secondary characters are not neglected; Flavia’s various relatives and friends—especially her sisters, an aunt, and the household help—are fully realized. Newcomers to the de Luce/Entwistle world may want to start with an earlier book, but starting somewhere is highly recommended. G.S.D. © AudioFile 2014, Portland, Maine [Published: JANUARY 2014]