Home»Reviews»FAR FROM THE MADDING CROWD 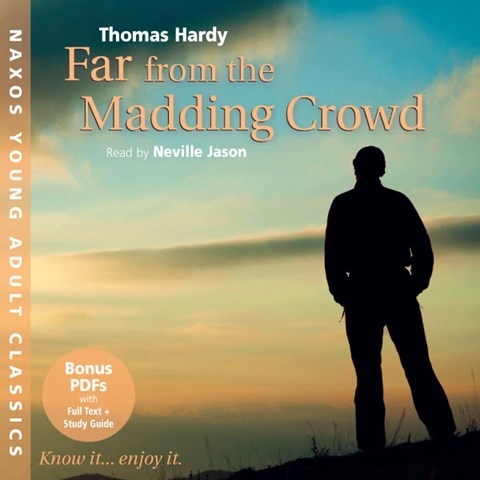 A vivid classic set in a remote rural corner of early Victorian England features conflicting values, class dichotomy, opposing principles, and romantic drama. Never ceasing to be relevant, Hardy's classic endures as Bathsheba Everdene waivers between wielding her feminine wiles to secure love and marriage and maintaining her stoic independence and self-reliance. Neville Jason narrates with an upper-crust accent, then deftly shifts to the characters' distinctive singsong Cornish speech and earthy expressions. He adapts well to the tones of women and the elderly. The audiobook's musical interludes, while striking the moods reflected in scenes, are slightly too strident—but are not a distraction from the novel's fatalistic turmoil and picturesque descriptions. A.W. © AudioFile 2011, Portland, Maine [Published: MARCH 2011]