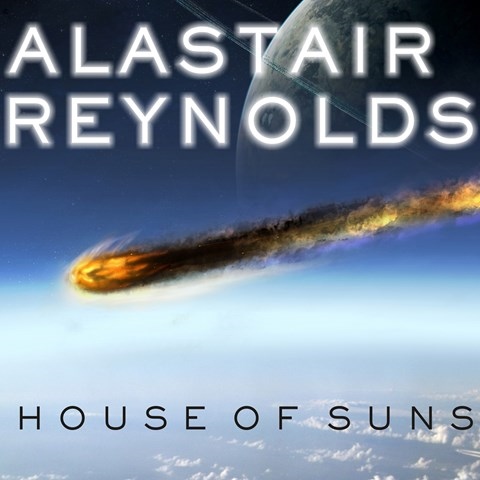 HOUSE OF SUNS features a race of humans that have lived in space for millions of years. But now someone has murdered most of them, and the survivors must find those responsible if the race is to survive. Narrator John Lee generally gives a strong narration, except when he encounters a recurring structural problem in the book: The story features an omniscient narrator, but, from time to time, without warning, the narration is taken over by the main female character. At these points, Lee’s voice doesn’t change, making it difficult to follow the shift in point of view. However, when Lee performs the female character’s dialogue, his voice goes up an octave, making those moments easy to follow. M.S. © AudioFile 2010, Portland, Maine [Published: FEBRUARY 2010]