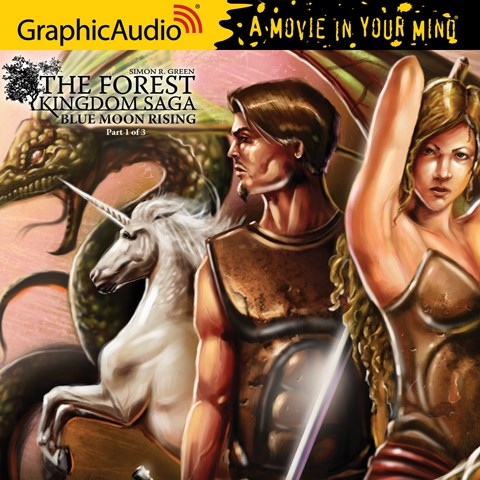 Prince Rupert, second son of the king, is sent on a fool's errand by his father in hopes he won’t return. But Rupert, with his sassy unicorn steed, is more resourceful than expected and survives his journey through the infamous Darkwood. BLUE MOON RISING turns this genre on its head—we learn of the softer side of the Night Witch and meet a dragon more interested in butterflies than blood. Yet this story is not quite for children either. Battle scenes erupt in bloody fury with GraphicAudio's signature cinematic sound effects and music. A well-rounded cast complements Terence Aselford’s engaging narration. After five action-packed hours, listeners will be eager for the other two parts of this series. F.G. © AudioFile 2010, Portland, Maine [Published: JUNE 2010]