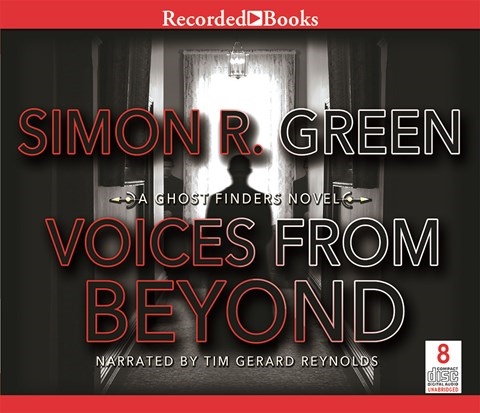 VOICES FROM BEYOND The Ghostfinders, Book 5

When it comes to supernatural mysteries, the British solve them them with style, and black humor. The Ghostfinders are called upon when undead voices keep calling a local radio station, warning about some undefined approaching evil. Narrator Tim Gerard Reynolds shines with male voices--particularly that of a depressed telepath named "Happy," who speaks in a slow, heavy Cockney accent. The Ghostfinders' leader sports an urbane North London accent and a crisp, unruffled tone as he attempts to handle the unexplainable. Reynolds's female voices, on the other hand, sometimes sound too whiny. Reynolds's sharp delivery of numerous cutting remarks is enjoyable, but the sarcasm takes away from the suspense of the plot as the writing becomes too witty for its own good. E.E. © AudioFile 2015, Portland, Maine [Published: APRIL 2015]