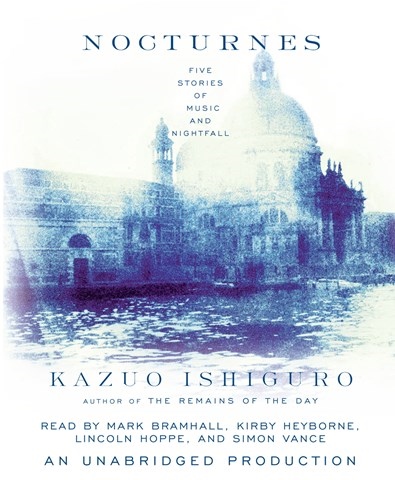 Each of the stories in Kazuo Ishiguro's first collection is told by a musician, and each explores the theme of music's idealism and life's harsh reality. This production uses four narrators to great effect: Mark Bramhall reads the first and last stories, deftly moving between the Eastern European and American accents of the characters. Kirby Heyborne's youthful voice is ideal for "Malvern Hills," which is told by a young guitarist-songwriter hoping to make it in London. The masterful Simon Vance shows again that he one of the best at moving into the register of female voices, while Lincoln Hoppe's languid delivery captures the humor of the title story without letting it slide into absurdity. This collection is brilliantly arranged, like a symphony in five movements. D.B. Winner of AudioFile Earphones Award © AudioFile 2010, Portland, Maine [Published: MARCH 2010]