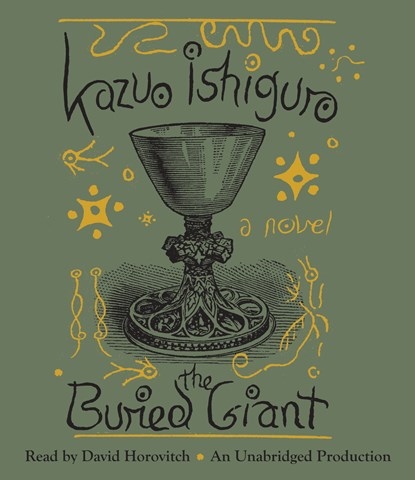 Ishiguro is after big things in this deceptive novel of ideas, and his ending will haunt you, but he's also created big challenges for his narrator. The story is set in an ancient mythical Britain complete with ogres, pixies, and dragons, where people are beset by a fog that steals their memories. Since the telling is deliberately surreal and dreamlike, David Horovitch can't do much to create clarity or momentum as elderly Axl and Beatrice trudge off on a quest to find their son, whom they remember very partially. Beatrice is the only major female character, and Horovitch could have done more to distinguish the males--Axl, Wiston, Gawain, the evil monks, the devious boatmen--from each other. It's a puzzling, frustrating unforgettable listen. B.G. © AudioFile 2015, Portland, Maine [Published: MARCH 2015]