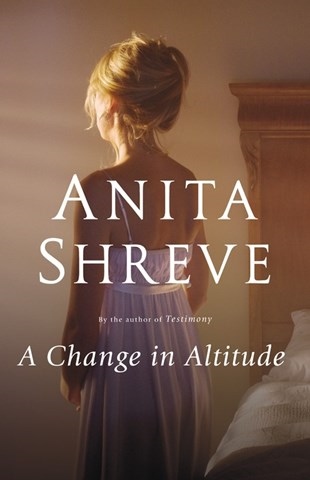 A CHANGE IN ALTITUDE

With her usual insightful, carefully constructed plot, Anita Shreve (THE PILOT'S WIFE, THE WEIGHT OF WATER) presents a character-driven analysis of a marriage in crisis. Margaret and her husband, Patrick, go to Kenya for a year while he does medical research. On a climbing trip up Mt. Kenya, disaster occurs, causing a rift between the couple. Narrator Anna Stone slips comfortably into Shreve's intricately drawn characters and is particularly adept at accents—from African and Afrikaans to American, British, and Italian. In an engaging, intelligent reading, Stone delivers Shreve's depictions of Africa's extreme poverty, women's roles, the effects of tragedy and mistrust on marriage, and the existence of an indifferent universe. Shreve fans won't want to miss this challenging look at human relationships. S.J.H. © AudioFile 2009, Portland, Maine [Published: DECEMBER 2009]