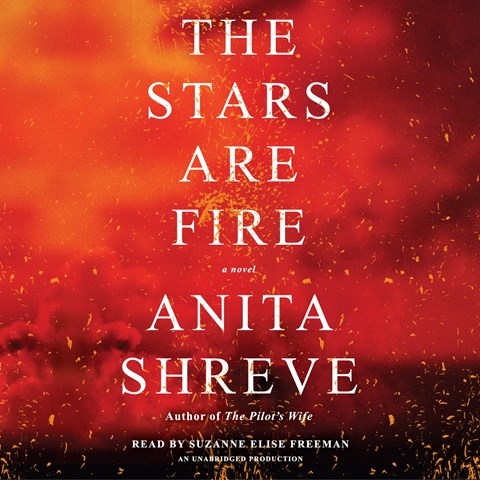 THE STARS ARE FIRE

A fire rages in Maine in 1947, destroying a town and the lives that Grace Holland and her family once led. Her husband does not return from fighting the flames. Grace, the mother of two, who is pregnant again, is left with nothing except the chance at a new life after her difficult marriage. Narrator Suzanne Elise Freeman performs quite nicely. If there's a quibble, it's with her rendition of a pianist whom Grace finds living in her mother-in-law's house. Freeman makes him sound like a stuffed shirt, and that, in turn, causes the developing relationship between him and Grace slightly less believable. Overall, though, Freeman and author Anita Shreve deliver the goods. There's pain, loss, hope, love, and a good narrator. What more could a listener want? G.S.D. © AudioFile 2017, Portland, Maine [Published: APRIL 2017]