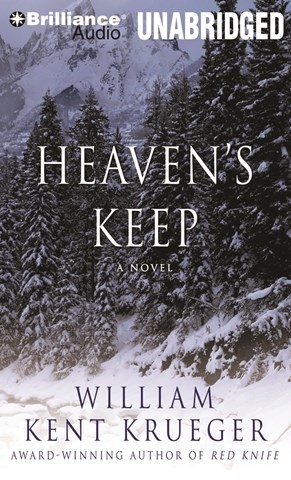 Corcoran O'Connor's life will never be the same after his wife braves an approaching storm, taking off in an airplane and disappearing in the Wyoming Rockies. What O'Connor regrets most is not having told her he loves her. Now, he's going to find her—or her mortal remains—in the unforgiving mountain region called "Heaven's Keep." Kudos to narrator Buck Schirner, who captures Krueger's brooding Native American-Irish hero perfectly. Schirner's performance is a movie without a screen. O’Connor’s unique combination of Indian stoicism and Irish temper comes through perfectly in Schirner’s characterization. Without giving too much away, HEAVEN'S KEEP forever changes the life of this larger-than-life character who, thus far, has appeared in nine of Krueger’s novels. M.S. Winner of AudioFile Earphones Award © AudioFile 2010, Portland, Maine [Published: JANUARY 2010]