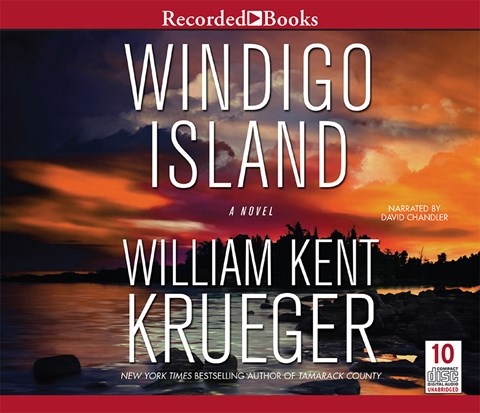 David Chandler narrates this riveting installment in the Cork O'Connor mystery series in the manner of an empathetic but detached observer. He strikes just the right chord as Cork attempts to find 15-year-old Mariah Arceneaux. Aided by well-developed and likable characters—such as his daughter, Jenny; his good friend, Rainy; wise, old Henry Meloux; and Daniel English—Cork stumbles onto a sex-trafficking ring and Native American teenagers who are searching for a better life than the reservations offer. Chandler's laconic, vaguely disillusioned tones are perfect to capture the veteran sheriff, who is now a private investigator. Few men can portray young and old women with such skill and charm, too. The tense plot and wonderful narration will grip listeners. S.C.A Winner of AudioFile Earphones Award © AudioFile 2014, Portland, Maine [Published: NOVEMBER 2014]