Home»Reviews»ONE DRY SEASON: IN THE STEPS OF MARY KINGSLEY 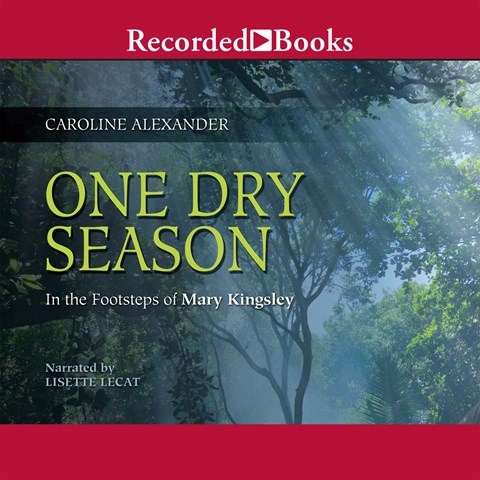 ONE DRY SEASON: IN THE STEPS OF MARY KINGSLEY

ONE DRY SEASON is two extraordinary travel accounts in one. At the end of the nineteenth century, Mary Kingsley, a Victorian explorer, went to Gabon under the pretext of collecting fetishes and fish. A century later, Caroline Alexander, captivated by Kingsley's TRAVELS IN WEST AFRICA, retraced her steps, traveling riverine trade routes and dim bush paths into the country's forgotten interior. Lisette Lecat's elegant narration delivers the musical African names and French quotes with the ease of a native. Each of the widely varied characters is given perfect voice. Expect to be held captive for hours by this insightful adventure tale and masterful performance. C.R.R. © AudioFile, Portland, Maine [Published: AUG/SEP 99]