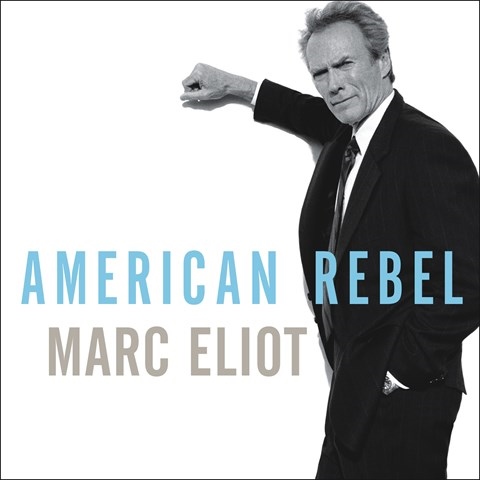 Clint Eastwood’s mystique, awesome talent, and dark side are meticulously examined in this study by biographer and narrator Marc Eliot. Eliot delivers his narration in the dry tone of a research reporter—more of an attempt to entertain would have resulted in a more engaging presentation. Every mention of a film involves reeling off the director, producer, and production year, information that would have been better as an unread author’s note. Inexplicably, the name Malpaso, Eastwood’s production company, is pronounced differently throughout the production. Nonetheless, Eliot’s vocal characterizations for Eastwood and his inner circle are straightforward and well presented. While AMERICAN REBEL is a thorough treatment of a Hollywood icon, its narration doesn’t fully do it justice. W.A.G. © AudioFile 2010, Portland, Maine [Published: JULY 2010]