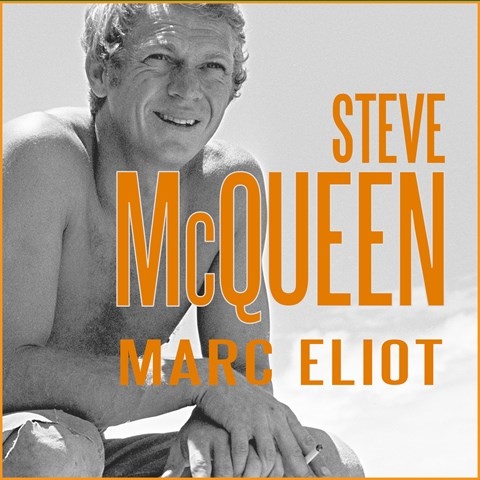 Burdened by the imprecise diction of a modified New York City accent, Marc Eliot’s narration of his own work does not strengthen this audiobook’s impact and appeal. Further, his detailed, if not particularly original, examination of the life and career of movie legend Steve McQueen does not lock in on any specific focus to place a complex life in an insightful context. The absence of variation in emotional tone becomes monotonous. Nonetheless, fans will likely appreciate the evolution of a tough kid who later used vulnerability, talent, and drive to become both famous and infamous. W.A.G. © AudioFile 2012, Portland, Maine [Published: JANUARY 2012]