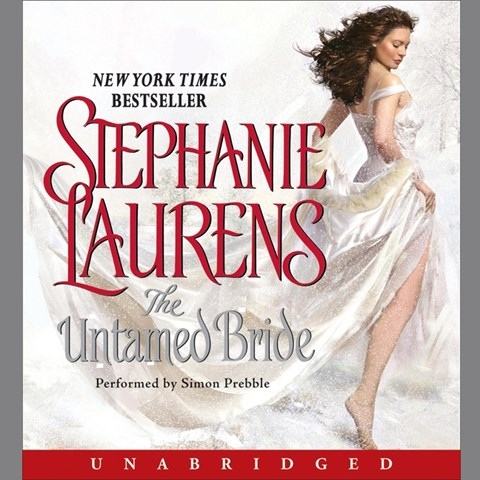 The first book in Laurens’s Black Cobra Quartet begins slowly, and Simon Prebble's leisurely delivery doesn't help matters. Derek "Del" Delborough, a recently retired colonel, travels home from India on an important secret mission. Upon arriving in Southampton, he finds that he’s been charged with escorting Miss Deliah Duncannon, who has spent eight years in Jamaica, home to her family. As the story progresses, Prebble begins to build the pace, creating tension through the action and heightening anticipation in the scenes of passion between the two main characters. Fans of Laurens will recognize many familiar characters, including the Cynster cousins and members of the Bastion Club. E.N. 2010 Audies Finalist © AudioFile 2010, Portland, Maine [Published: JANUARY 2010]