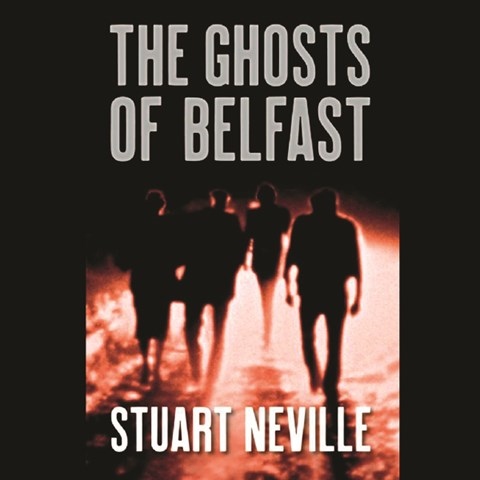 THE GHOSTS OF BELFAST

It's been seven years since his release from prison, and Gerry Fegan, former IRA hit man, is tormented by the ghosts of the 12 people he killed. He can't drink away their reproachful stares. They want justice. The IRA bosses think Fegan has gone off the deep end and is dangerous. Then the bodies begin turning up. Stuart Neville's debut novel about the "Troubles" in Northern Ireland is harsh, brutal, and unrelentingly grim. With spare, crisp dialogue, and a gift for turning an Irish phrase, Neville plants himself firmly in Adrian McKinty territory. And who better to narrate than Gerard Doyle? Doyle gets it—and so do we. His whine; his growl; his rough yet sensitive, always-passionate performance gives everything a listener could want from an audiobook. S.J.H. Winner of AudioFile Earphones Award © AudioFile 2010, Portland, Maine [Published: MARCH 2010]