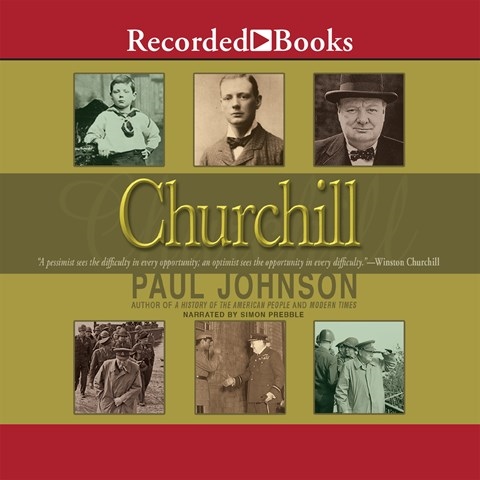 Starting with childhood, Paul Johnson looks at the life of Sir Winston Churchill, who was the prime minister of Great Britain during WWII. Simon Prebble's narration is understated, but he lets Churchill's colorful personality shine through. Churchill told his own story in his own frequent writings, but Johnson has a new angle, which concentrates on Churchill’s personality traits as shown through his experiences—from his relationship with a disapproving father to his political defeats and wartime tactics. Using these, Johnson draws lessons that could help the listener live more like the prime minister. While there will be only one Winston Churchill, this unusual approach to biography makes for thought-provoking listening. J.A.S. © AudioFile 2010, Portland, Maine [Published: MARCH 2010]