Home»Reviews»THE IMPORTANCE OF BEING EARNEST 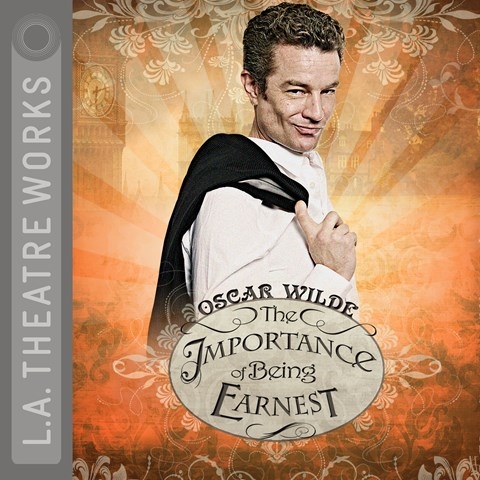 THE IMPORTANCE OF BEING EARNEST

Wilde's famous and hilarious send-up of Victorian courtship is beautifully realized by L.A. Theatre Works' talented cast. The dialogue is quick and snappy—exactly as it should be. Listeners will still be giggling at one joke as the next sails by. James Marsters plays the clever devil-may-care Jack (sometimes Earnest) with energy and wit, and Matthew Wolf's Algernon (also sometimes Earnest) is spot-on—neurotic, loving, and yearning to be both adventurous and responsible. A special mention goes to Charles Busch for his laugh-out-loud portrayal of Lady Bracknell. The acting and staging are clear and effective, and while nothing can replace actually watching Wilde's play in person, this production is a close second to the live event. A.H.A. 2011 Audies Finalist © AudioFile 2010, Portland, Maine [Published: SEPTEMBER 2010]