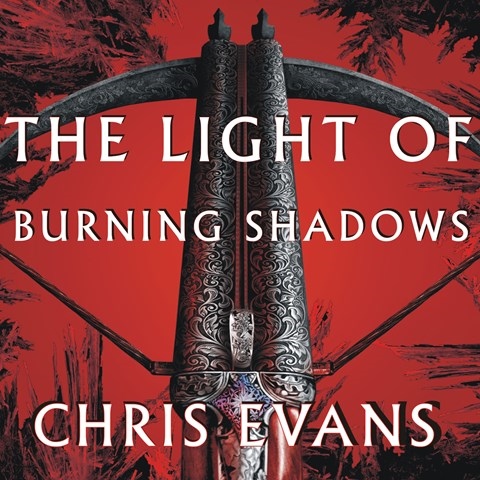 THE LIGHT OF BURNING SHADOWS: BOOK TWO OF THE IRON ELVES

Private Alwyn Renwar, who has a wooden leg as a result of a battle injury, is particularly sensitive to the dark magic that has been implanted in it by the Shadow Monarch and is searching for a cure. Meanwhile, the Iron Elves racing to keep a magical falling star away from the Shadow Monarch who seeks its power. Narrator Michael Kramer has plenty of opportunity to use a range of accents. The quick interplay between the Iron Elves has splashes of humor and affection that Kramer brings forward. Because this installment in the Iron Elves series picks up from the first book without much explanation of past events, starting with the first book would provide listeners with helpful background. J.E.M. © AudioFile 2010, Portland, Maine [Published: AUGUST 2010]