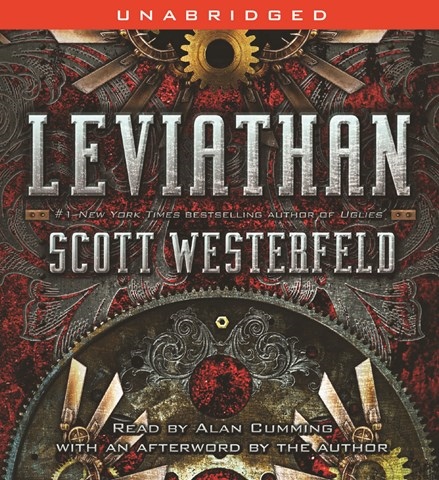 In this alternate history of WWI, Aleksandar Ferdinand is on the run from his former allies, accompanied by four of his loyal men, including his overbearing fencing master, Count Volger. Alan Cumming does an expert Austrian accent, capturing the power of Count Volger and the confusion of Alek. So convincing are those characters and accents that his remarkable portrayal of Deryn Sharp, a teenage girl masquerading as a boy, and her Scottish accent come as a complete surprise. Cumming's energy drives listeners to the inevitable meeting between Alek and Deryn aboard the giant airship LEVIATHAN. An afterword, read by the author, highlights the historical events described, and the cliffhanger ending will keep listeners waiting for the second book in Westerfeld's new series. E.N. © AudioFile 2010, Portland, Maine [Published: JANUARY 2010]