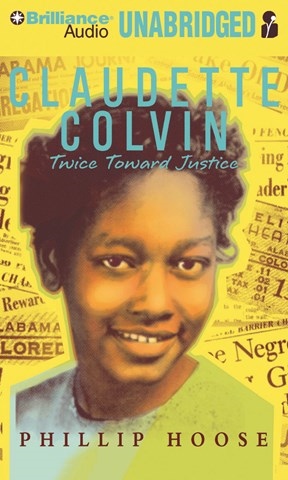 This 2009 National Book Award winner introduces listeners to forgotten Civil Rights heroine Claudette Colvin, who (nine months before Rosa Parks) refused to give up her own Birmingham bus seat. Channie Waites superbly narrates a text that offers both cogent explanations of history, including especially informative sidebars, and first-person accounts of those who witnessed the battle for civil rights firsthand, dramatized by Waites in a vivid array of voices. Listening to Jim Crow policies along with quotes from people who were subjected to such indignities brings history alive. Waites's crowning accomplishment is her narration of long passages from Hoose's interviews with Colvin herself. Those listening as she gives voice to Colvin's memories, whether as inquisitive child or teen awakened by education and seething with injustice, will be incredibly moved. J.C.G. Winner of AudioFile Earphones Award, SYNC 2014 © AudioFile 2009, Portland, Maine [Published: DECEMBER 2009]