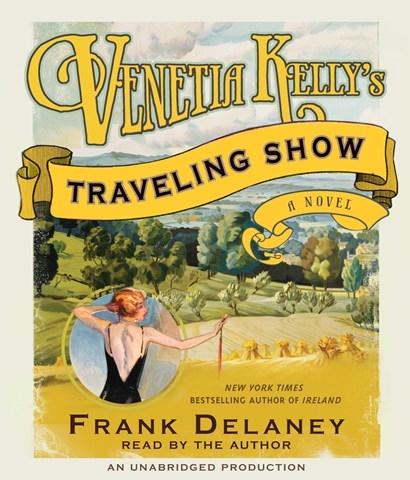 Weaving Irish vaudeville and politics of the 1930s into a mix both delightful and astonishing, Frank Delaney devises an engaging saga that will captivate listeners. Delaney's success as both writer and narrator of earlier tales-well-told, SHANNON and IRELAND, soars to new heights with the story of Venetia Kelly. His double role is perfectly rendered as audio listening. Our first-person storyteller, Ben MacCarthy assembles his personal story of how his Irish family becomes in thrall to the Kelly family, who include resplendent mother, Sarah; conniving, powerful grandfather, "King" Kelly; and magnetic Venetia. The account is magically intimate and emotionally real. Delight in Delaney's feast of hilarious, improbable details; side-story digression taken to a new art form; and memorable characters. R.F.W. Winner of AudioFile Earphones Award © AudioFile 2010, Portland, Maine [Published: JANUARY 2010]