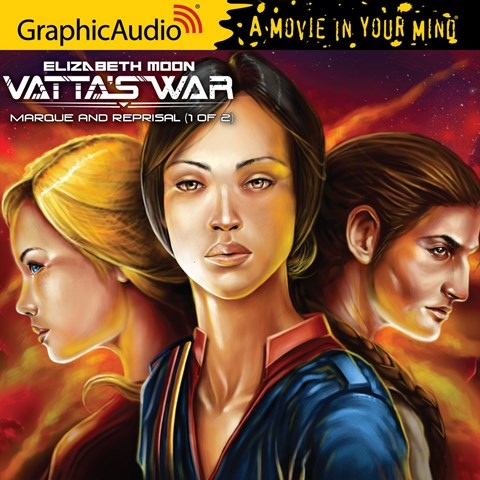 by Elizabeth Moon | Read by Nanette Savard and a Full Cast

VATTA’S WAR is the middle story in a space opera about an interstellar shipping company that forces are out to destroy. The latest offering from GraphicAudio and its cadre of more than two dozen actors is replete with music, sound effects, and a dizzying number of characters. The protagonist is Kylara Vatta, who fears she’s the only member of her family to have survived the initial attack. Nanette Savard has an odd, scratchy voice that is distracting. That aside, the cast and directors deliver an exciting story that will make listeners yearn for the sequel. M.S. © AudioFile 2010, Portland, Maine [Published: JUNE 2010]