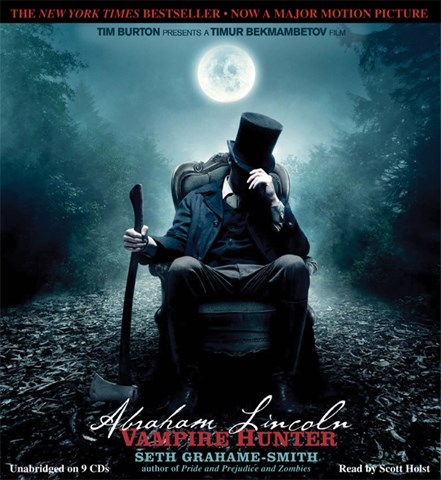 When he was still a youngster, Abraham Lincoln's mother was murdered by vampires. (You didn't know that?) He took umbrage and henceforth lived a secret life while, on the surface, saving the Union. The secret part was his war with a second Earth species of carnivorous sapiens: vampires! This book is a clever evocation that reveals “the truth” about Honest Abe as uncovered in a hitherto unknown journal written by Lincoln himself. Narrator Scott Holst moves through the mixture of realism and fantasy with skill. However outrageous the plot may sound, Holst portrays the characters in a way that makes them exciting and credible. Together, author and narrator put an imaginative twist on our nation’s history and the life of our sixteenth president. D.R.W. © AudioFile 2010, Portland, Maine [Published: APRIL 2010]