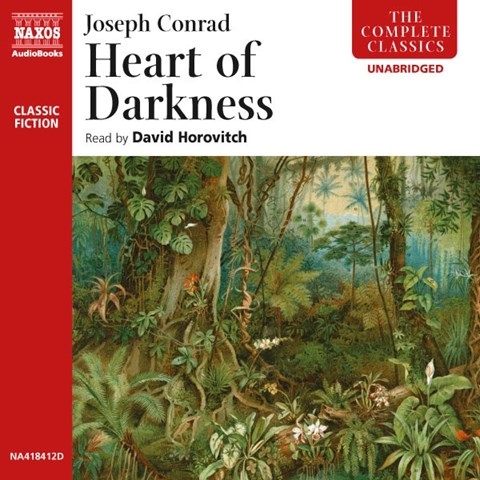 Conrad’s famous and influential short novel takes us up an African river with Marlow, who is searching for Kurtz, a colonial administrator in trouble. With his deep, resonant voice, David Horovitch could make the tax code intriguing. He gives each aspect of the story—from its “frame” in England, through its central horror in Africa, to its European coda—subtle and tactful treatment, giving now politically incorrect comments on colonialism, for example, just the right light turn. His voice fits the somber grimness of the story, while giving it its proper touch of the absurd. Only when he must provide other voices—that of Kurtz and especially that of Kurtz’s Russian companion—is he a bit less than convincing. Still, this is an absorbing performance of a key work in twentieth-century literature. W.M. © AudioFile 2010, Portland, Maine [Published: AUGUST 2010]