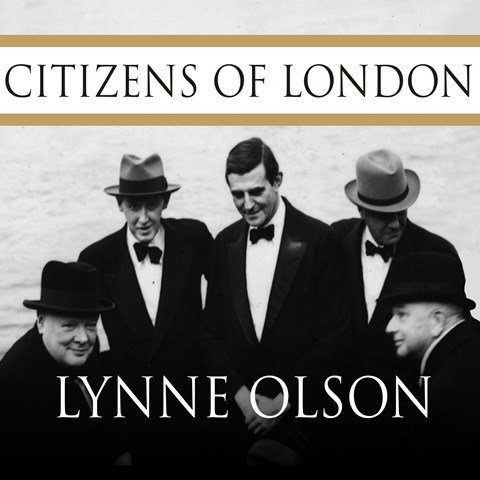 CITIZENS OF LONDON The Americans Who Stood with Britain in Its Darkest, Finest Hour

Lynne Olson's account of Americans in London during the Second World War is an account of people, not places or events. It ranges from her praiseworthy attempt to resuscitate the reputation of the heroic United States Ambassador John Gilbert Winant to sometimes-lengthy catalogues of sexual liaisons between prominent Americans and Britons. Some basic knowledge of the war in Europe comes in handy. The topics of Winant and Edward R. Murrow provide the focus that holds the sometimes-diffuse audiobook together—more so than the topic of the people of London. Arthur Morey's clear, measured voice gives the listener easy access to the numerous characters and sometimes-complex facts. Morey recounts bedroom gossip and high strategy in the same serious tone, not unlike Edward R. Murrow, who figures so prominently in the story. F.C. © AudioFile 2010, Portland, Maine [Published: MAY 2010]