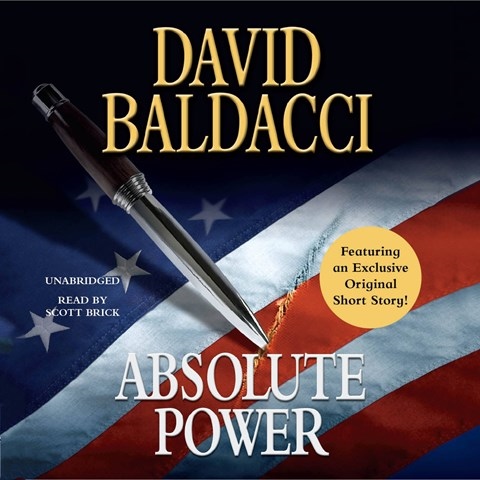 Jack Graham, once a public defender, now attorney for the rich and powerful, becomes entangled in the mysterious murder of the wife of multimillionaire Walter Sullivan. Scott Brick is perfect as narrator—cool, calm, and collected through murder, theft, and conspiracy at the highest levels of society. The dialogue grips the listener as Brick's voice pulses with tension and deception. Baldacci's first political murder mystery is just as satisfying now as when it was first printed in 1996. The emotions in Brick's voice clearly convey the horror of murder, the distaste of political corruption and cover-up. A new introduction by Baldacci describes his interest in the phenomenon of absolute power. M.B.K. © AudioFile 2010, Portland, Maine [Published: MARCH 2010]