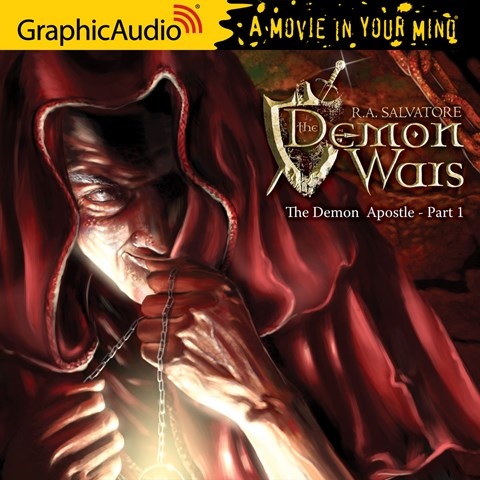 by R.A. Salvatore | Read by Richard Rohan and a Full Cast

This is the first book in Salvatore’s third trilogy about the complex world of elves, demons, and humans called Corona. Corona has seemed blissfully prosperous in the years since the first trilogy though old wounds still haunt the main characters. Jilseponie still mourns the loss of Ranger Elbryan even as we discover that her son, Aydrian, is not dead but instead has been raised by elves, who have their own aspirations for the boy. While he seems destined to be a greater warrior than his father, dark forces send Aydrian on a different course. This is high fantasy at its best, which the folks at GraphicAudio show they are adept at delivering, especially battle scenes, which have lots of dialogue and sound effects. To keep up with this complex series, listeners are advised to begin with the first trilogy, also available from GraphicAudio. F.G. © AudioFile 2010, Portland, Maine [Published: AUGUST 2010]