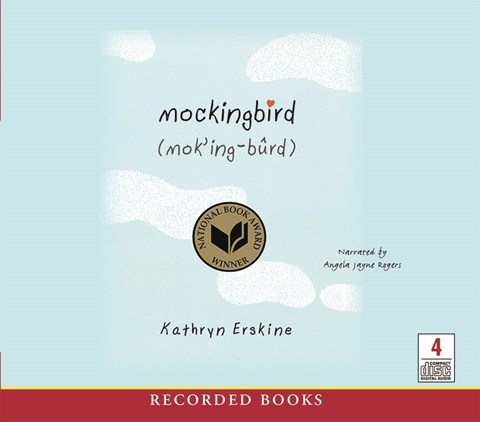 Fifth-grader Caitlin has Asperger’s syndrome, and author Kathryn Erskine sets her sights on getting listeners to see the world through that prism. Narrator Angela Rogers captures the exact tone of a 10-year-old girl. Rogers uses pacing and emphasis to create the perfect balance between Caitlin’s lack of empathy and her struggle to cope with the death of her beloved brother, who interpreted the world for her. Rogers’s performance rings with honesty, as does the book itself, creating between them a portrayal that brings empathy and understanding to a difficult topic. D.G. © AudioFile 2010, Portland, Maine [Published: JULY 2010]