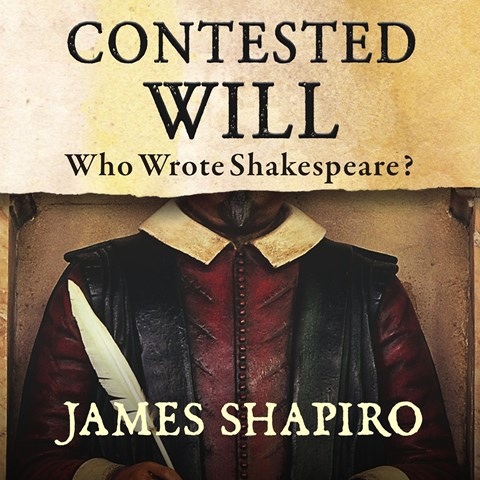 CONTESTED WILL Who Wrote Shakespeare?

The idea that someone other than Shakespeare wrote the world’s most beloved plays has been around for more than two centuries. In the cleverly titled CONTESTED WILL, American scholar James Shapiro explains how “the authorship controversy” has evolved, along with prevailing ideas about literature, creativity, and even celebrity. The Golden Voice of Wanda McCaddon brings an erudite feel to the production. Her British accent fits comfortably with the material, and she narrates the passages from the plays with the confidence of a stage actor. Shapiro’s lucid and fair-minded account and McCaddon’s exemplary narration combine to make this work accessible to anyone who loves Shakespeare. D.B. © AudioFile 2010, Portland, Maine [Published: OCTOBER 2010]