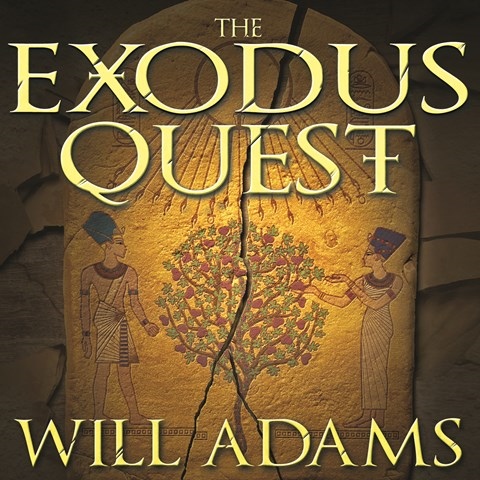 Adams’s antiquities thriller once again features Daniel Knox (THE ALEXANDER CIPHER), an American archaeologist who stumbles onto an ancient temple near Alexandria. David Colacci’s empathetic and fluid narration style reflects the story’s emotional highs and lows as Knox learns that he’s on the hook for a friend’s murder, his partner’s been kidnapped, and someone is trying to kill him. The suspenseful action allows Colacci to demonstrate his facility with accents and well-cadenced pacing. His reading brings out the best in a crackling adventure tale involving Nefertiti, Moses, and a hoax that may have some basis in truth. Listeners will feel like they’re following Knox’s investigation as it happens. S.C.A. © AudioFile 2010, Portland, Maine [Published: SEPTEMBER 2010]