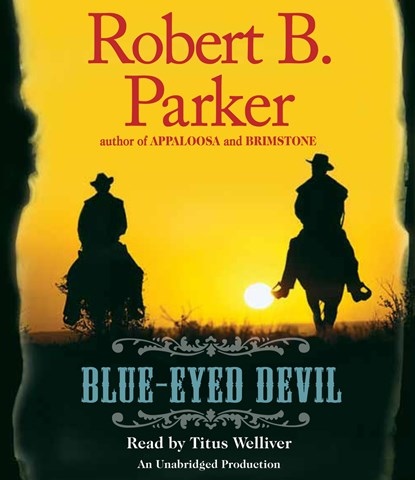 Parker passed away earlier year, so this is likely the last ride with laid-back but deadly cowboys Virgil Cole and Everett Hitch. The novel is filled with Parker’s vivid descriptions and entertaining characters. Multiple plotlines keep listeners intrigued with lusty and violent action. Titus Welliver’s voice comes across as natural and appropriate for the Western genre. He excels in portraying the male characters and is successful at softening his voice and raising its pitch to portray credible females. The relationship between Virgil and Everett is filled with camaraderie. Listeners will enjoy their offhand jokes as well as Parker’s descriptions of the Old West. S.C.A. Winner of AudioFile Earphones Award © AudioFile 2010, Portland, Maine [Published: NOVEMBER 2010]