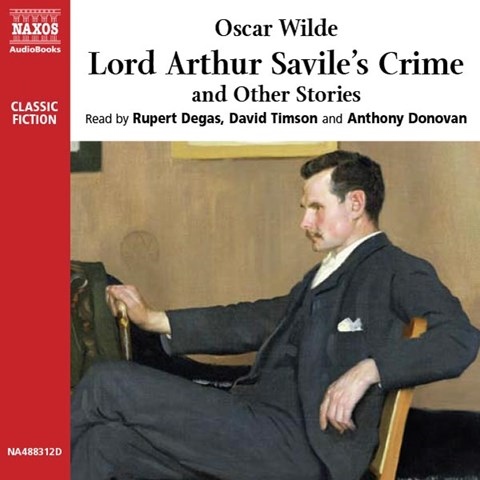 A well-narrated collection features five pieces of short fiction originally published in 1891, to which has been added Wilde’s mawkish fairy tale “The Birthday of the Infanta.” The anthology includes Wilde’s best-known story, “The Canterville Ghost,” a satiric and ultimately touching account of a brash American family frustrating a British ghost, and the enigmatic “Portrait of Mr. W. H.,” in which research into the identity of the dedicatee of Shakespeare’s sonnets leads to monomania and suicide. All the selections drip with irony, paradox, and iconoclasm while showing off the author’s celebrated cleverness and wit. Narrators Rupert Degas, David Timson, and Anthony Donovan well understand and communicate these qualities. In addition, they mercifully tone down the instances of excessive sentiment that could otherwise tumble them into bathos. Y.R. © AudioFile 2011, Portland, Maine [Published: FEBRUARY 2011]