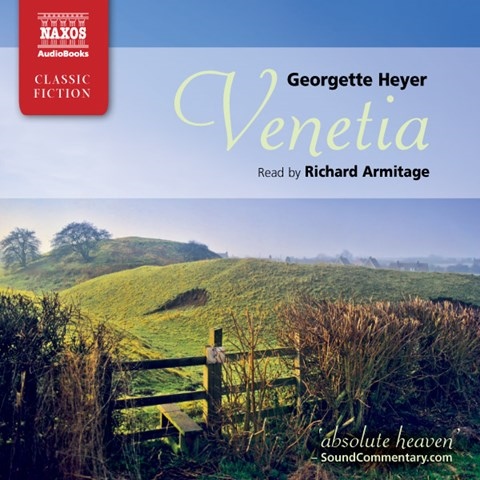 Heyer’s elegant story of a country girl who falls for a rakish peer of the realm will enchant listeners. Venetia’s chance meeting with Damerel turns into a romantic dilemma as she tries to convince him their relationship won’t turn her into a social outcast. Richard Armitage’s voice aptly conveys the attraction between Venetia and Damerel, making the most of the novel’s rich dialogue and clever turns of phrase. Armitage manages to express all of Heyer’s opinions about her characters with a subtle sense of the ridiculous. Exchanges between Venetia and Damerel emerge as especially intimate and wonderful. While the abridgment is gracefully handled, it’s a pity listeners won’t have the pleasure of hearing Armitage narrate the entire novel. C.A. 2011 Audies Finalist © AudioFile 2010, Portland, Maine [Published: JUNE 2010]