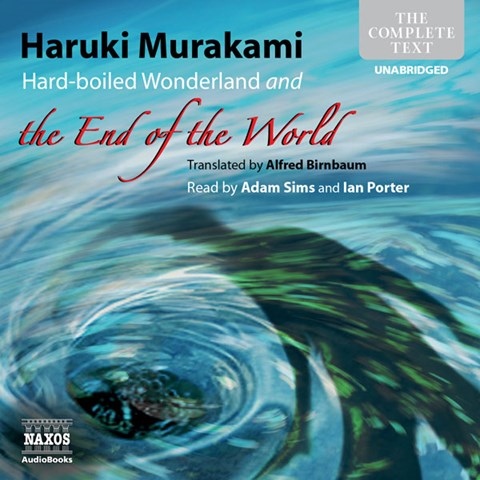 This novel is constructed around two parallel stories that are presented in alternating chapters. Odd-numbered chapters, which are read by Adam Sims and take place in “Hard-Boiled Wonderland,” tell the realistic story of a human data processor in Tokyo whose world has turned upside down. Even-numbered chapters, narrated by Ian Porter, tell the story of a newcomer to “The End of the World,” an odd town whose residents live behind a wall and surrender their shadows. Sims and Porter are well matched for the alternating chapters. Each is introspective as his character explores the meaning of the mind. While the two stories are distinct, the similarity in the pace and tone of both narrators keeps things smooth as the stories converge. J.E.M. © AudioFile 2010, Portland, Maine [Published: SEPTEMBER 2010]