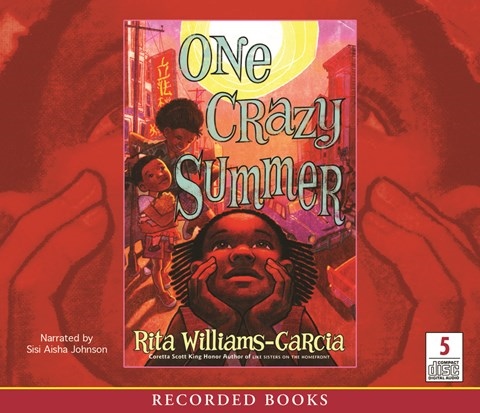 In the summer of 1968, 11-year-old Delphine and her two younger sisters are sent from Brooklyn to Oakland, California, to visit their mother, who abandoned them seven years earlier. What they find is not what they expected—their mother doesn’t want them and sends them off each morning to a local Black Panther-run summer camp, where they encounter simmering racial tensions. SiSi Johnson’s sensitive portrayal of Delphine, mature beyond her years, is pitch-perfect. With deliberate pacing and restrained tonal variations, the other characters are also thoughtfully delineated. Johnson’s delivery places the spotlight on Delphine’s unfolding understanding of her mother as well as her discovery of her place in the African-American community. S.G. 2011 Audies Finalist © AudioFile 2011, Portland, Maine [Published: MARCH 2011]