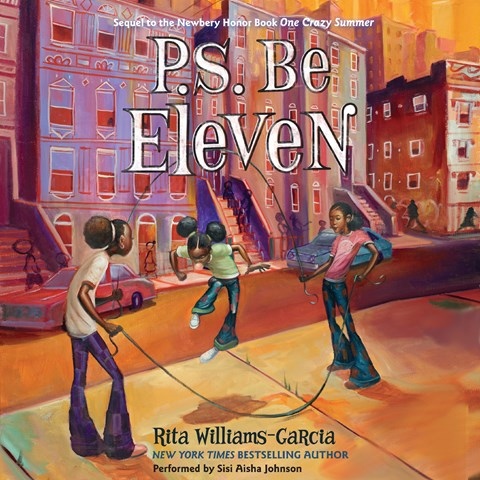 In this sequel to the Newbery honor book ONE CRAZY SUMMER, Delphine and her younger sisters are caught between the middle-class mores of their Brooklyn grandmother and the radical views of their mother, a poet in California who sends them missives on the struggle for black power. Narrator Sisi Johnson conveys Delphine’s continual dilemmas as the eldest sister who is old beyond her years—hence her mother’s constant admonition—"P.S. Be Eleven." She readily shifts to the younger-sounding voice of the sixth grader who is enraptured by a new band—the Jackson Five. Johnson splendidly conveys the times, capturing the childish enthusiasms of the three girls, the scolding voice of grandmother, and the anguish of an uncle returned from Vietnam. D.P.D. © AudioFile 2013, Portland, Maine [Published: AUGUST 2013]