Home»Reviews»THE BROOM OF THE SYSTEM 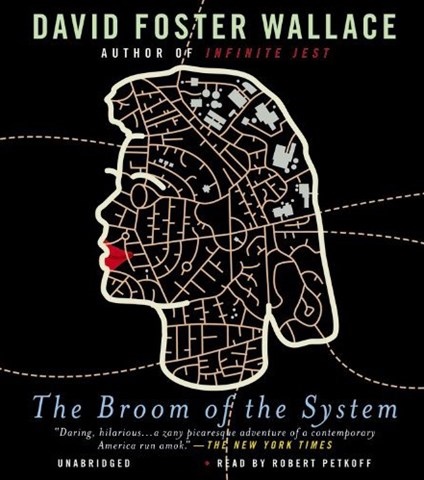 THE BROOM OF THE SYSTEM

This debut novel (which was written before the hit INFINITE JEST) imagines a Great Ohio Desert, companies with names like Hunt & Peck, characters who speak without attribution, and story lines that both intertwine and find dead ends. As narrator, Robert Petkoff presides with gusto over this alternative slice of Americana, and he does so with a bevy of character voices, subtle asides, and a style that captures one’s attention from the book’s first word. He has an energetic rhythm that moves the story along and keeps one engaged when the action moves back and forth in time. Petkoff also does a wonderful job with the author’s rich language by highlighting key words and allowing them to linger before he moves on to the next idea. R.I.G. © AudioFile 2010, Portland, Maine [Published: AUGUST 2010]