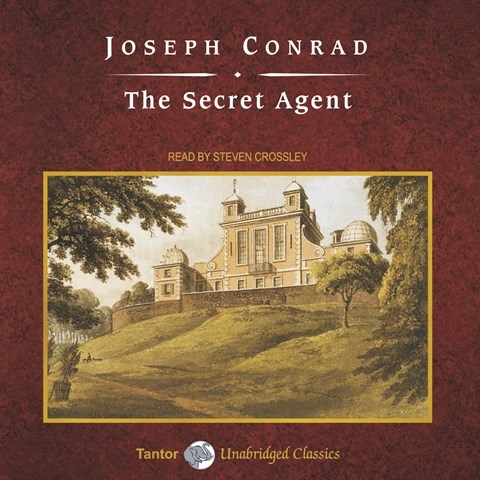 Unlike most of Joseph Conrad’s novels, THE SECRET AGENT is not set on the high seas. This highly political novel, first published in 1907, takes place in late-nineteenth-century London, where Mr. Verloc, an agent provocateur, is involved in a plot to blow up the Greenwich Observatory. Narrator Steven Crossley is in complete command, navigating Conrad’s complex sentences with ease. When several characters are speaking, Crossley’s voice changes to make the dialogue much easier to follow. He also draws on a wide range of timbres, mannerisms, and accents to define each of the characters—from the gruff-voiced Chief Inspector Heat to the more plaintive tones of Verloc’s long-suffering wife. D.B. © AudioFile 2010, Portland, Maine [Published: OCTOBER 2010]