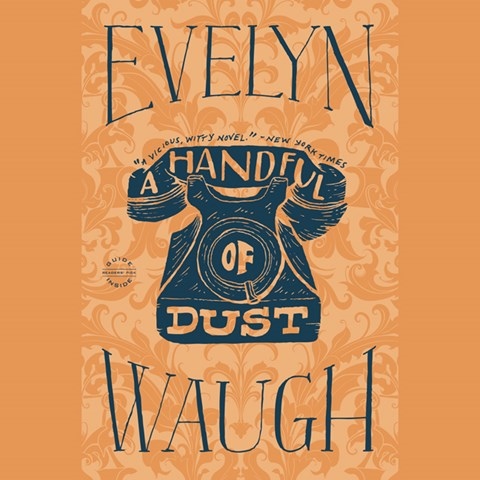 A HANDFUL OF DUST

Set in England between the wars, Waugh’s novel documents the disintegration of a marriage. Tony and Brenda Last, young upper-class Brits who seem to have it all, lose it all when, out of sheer boredom, Brenda decides to take up with a vapid young man named John Beaver. She manages to keep the affair from Tony, but when the Lasts’ young son is accidentally killed, Brenda drops the pretense. Andrew Sachs’s narration flawlessly conveys the ultra-polite veneer that barely conceals the devastating emotional emptiness and self-absorption of the main characters. Several minor characters, including the flighty Princess Abdul Akbar, the eccentric Dr. Messinger, and the politely sinister Mr. Todd, also come alive, thanks to Sachs’s expert reading. L.X. © AudioFile 2010, Portland, Maine [Published: NOVEMBER 2010]