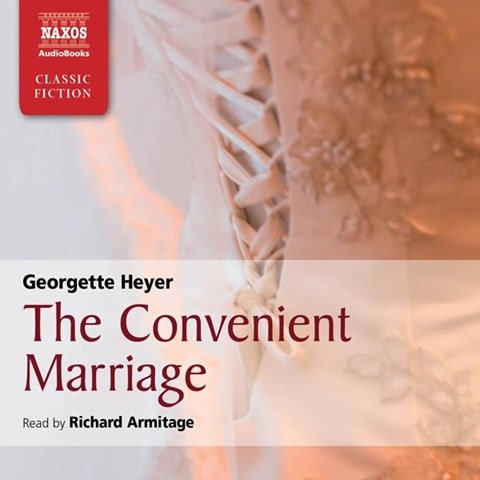 This Regency romance, first published in 1934, is reinvigorated by Richard Armitage’s narration. Horatia Winwood sacrifices herself to save her sister, Lizzie, by accepting Lord Rule’s offer of marriage in her sister’s place. The concept of the flawed heroine has never been more in evidence than in Horatia, who is characterized by an ever-present stammer, which Armitage keeps apparent but never lets overpower her character. The period music between chapters serves as a reminder of the historical period. Armitage’s efforts to differentiate characters are somewhat comical—appropriately so, as the story is more focused on the unlikely situation that Horatia finds herself in than on the developing romance. E.N. © AudioFile 2010, Portland, Maine [Published: SEPTEMBER 2010]