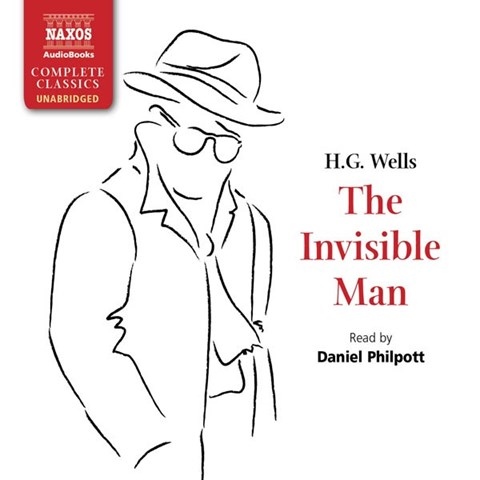 A harrowing read from cover to cover, THE INVISIBLE MAN is perfect for the audio format. The action-packed plot, eccentric characters, and entertaining dialogue could overwhelm a narrator, but British actor Daniel Philpott is the man for the job. His voice is energetic throughout the book and echoes the author’s ironic tone. His vocal characterizations are wonderfully diverse, running the gamut from elderly busybodies to country constables. Much of the dialogue is exceedingly humorous because of Philpott’s range of accents. The Invisible Man, insanely egotistical, is brought to life by Philpott’s portrayal of his infuriated outbursts and scattered thoughts. Even though Wells’s protagonist is difficult to imagine, Philpott’s narrative skill makes it clear why this novel is such a memorable classic. D.M.W. © AudioFile 2011, Portland, Maine [Published: SEPTEMBER 2011]