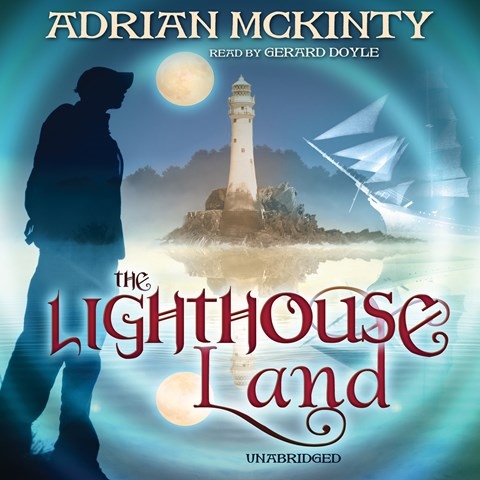 Thirteen-year-old Jamie Oâ€™Neill finds his life turned upside down when he learns heâ€™s the new laird of Muck Island and a descendent of Irish kings. Doyle provides American accents for Jamieâ€™s mother and friends in New York, but the story quickly moves to Ireland, where Doyle displays his ability with Irish accents and slang. As Jamie and his new friend, Ramsay, explore Muck Island, they find themselves transported to another world whose inhabitants they must help save from invasion. Jamie, a cancer survivor who has lost his voice, speaks through his computer in clipped, robotic tones in his own world but has his voice restored to him in the other world. E.N. Â© AudioFile 2011, Portland, Maine [Published: APRIL 2011]