Home»Reviews»IN THE MORNING I'LL BE GONE 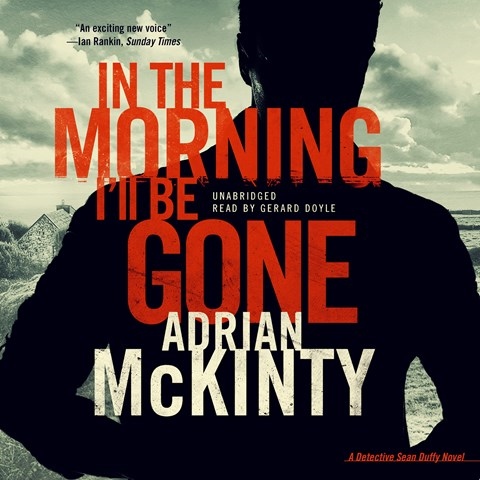 IN THE MORNING I'LL BE GONE Troubles Trilogy, Book 3

Gerard Doyle narrates the third in McKinty's series featuring troubled RUC (Royal Ulster Constabulary) policeman Sean Duffy. The story is set in 1980s Northern Ireland during the height of the sectarian violence, and Doyle's Northern Irish voices will inhabit listeners' minds long after listening. Duffy, a Catholic in the Protestant police force, is now disgraced and kicked out of the force. Just when he seems destined to go off the rails completely, he’s recruited by British MI5 agents to track down an old school friend and IRA terrorist. Both writing and narration are superb in this combination of political thriller and classic locked-room mystery. C.A.T. Winner of AudioFile Earphones Award, 2015 Audies Finalist © AudioFile 2014, Portland, Maine [Published: APRIL 2014]