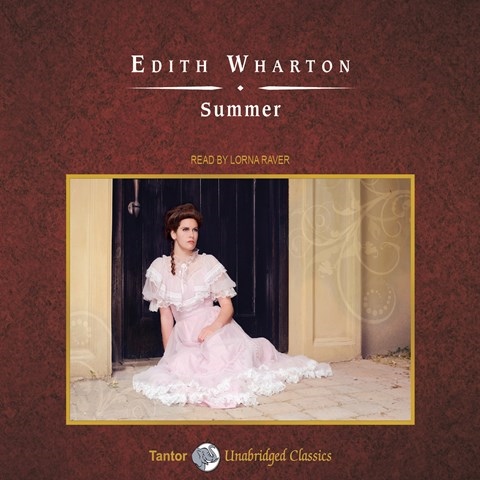 As a summer full of romance draws to a close, a young woman discovers the heartbreak that autumn ushers in. Lorna Raver’s narration masterfully tells the story of the rebellious but genuine Charity Royall. Raver’s reading is thoughtful, capturing the warm emotions of the heroine while keeping with the slower pace of Wharton’s depiction of the setting. In SUMMER, Wharton diverges from her usual focus on the New York elite, instead setting the story in rural New England. Raver makes the inhabitants of the small town come alive by using the rural dialects in her vocal characterizations. Her attention to dialect and tone absorbs the elements of Wharton’s novel that make it authentically American. D.M.W. © AudioFile 2011, Portland, Maine [Published: FEBRUARY 2011]