Home»Reviews»ORDEAL OF THE MOUNTAIN MAN 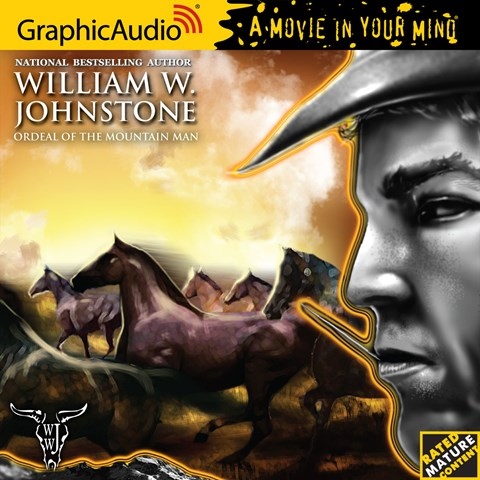 ORDEAL OF THE MOUNTAIN MAN

by William W. Johnstone | Read by a Full Cast

The seventeenth installment in the Last Mountain Man series features gunslinger and horse wrangler Smoke Jensen. In this adventure Smoke is driving a herd of horses for sale to the Army when he’s attacked by Utah Jack Grubbs, one of his many enemies. Amid jingling spurs, snorting horses, and pinging bullets, narrator Mort Shelby and his cast of compadres act out this dramatic Western. An assortment of accents, ranging from clipped British and soft German to East Coast American, reflects the melting pot of late-nineteenth-century Wyoming and tests the skills of this full cast. As the Wild West comes to life, crude language and gory descriptions reflect the story’s realism. M.B.K. © AudioFile 2011, Portland, Maine [Published: FEBRUARY 2011]